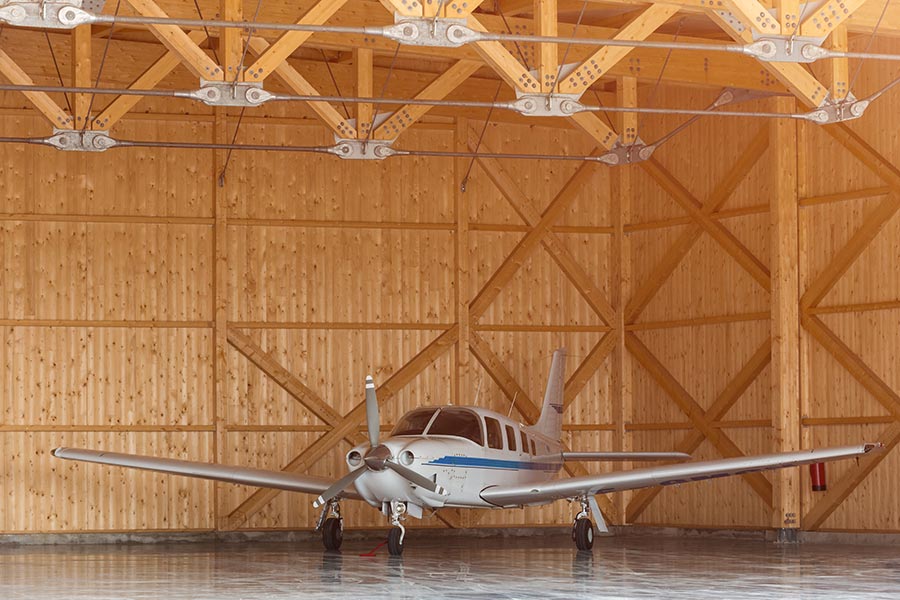 Aircraft are a complex piece of machinery. Aircraft tax issues create a tax minefield for the unwary. If you navigate carefully, you can come out potentially with no tax liability for the aircraft or a reduced tax liability. However, the slightest wrong move will leave the most careful owner with a sizeable tax debt to fight. This article is a comprehensive guide concerning California sales and use tax issues relating to aircraft.

For sales and use tax purposes, California includes in its general aircraft definition anything designed for powered navigation in the air, excluding rockets and missiles. An aircraft can also include an airframe or fuselage, despite not having an engine. Based on this definition, it appears a drone may qualify as an aircraft, despite some states specifically excluding drones from an aircraft definition.

California sales tax does not apply to the sale of an aircraft by a person not required to hold a seller’s permit due to the number, scope, and character of the person’s sales of aircraft. This provision does not apply to transactions for which a broker arranges the sale between two private parties. Just because a seller may be off the hook for collecting tax does not mean the purchaser does not have to pay tax. A purchaser must pay use tax on the sale price of the aircraft when the sale occurs in California and the seller does not collect sales tax, unless the transaction is otherwise exempt. Use tax generally is imposed on transactions in which the purchaser did not pay a sales tax to the seller. Either an individual pays a sales tax or a use tax, but almost never does an individual pay both.

In instances in which tax is due on the sale or use of an aircraft in California, the tax must be paid on or before the last day of the month next succeeding each quarterly period. For instance, if an individual engaged in a taxable use of an aircraft on January 2nd, then he or she must pay the associated use tax by April 30th of the same year.

An important note for purchasers involves California’s position concerning tax evasion on aircraft transactions. Purchasers registering an aircraft outside of California to evade tax are liable for a 50% penalty based on the tax due on the transaction.

California has various types of transactions that are either not subject to tax in the first place or are exempt from tax. The difference between the two ultimately comes down to whom the burden of proof rests. For exemptions, the burden to prove one qualifies for an exemption is on the person claiming the exemption. Alternatively, proving a transaction is subject to tax is on California to do.

Aircraft sales are exempt if sold by the purchaser’s parent, grandparent, grandchild, child, spouse or domestic partner, brother or sister of the purchaser if both are under 18 and related by blood or adoption. In these instances, the seller cannot be in the business of selling aircraft. To claim the exemption, evidence of the relationship must be provided.

Of a similar vein, sales of an aircraft to a revocable trust will be exempt from tax. To qualify, the following must be met: (1) the seller must have an unrestricted power to revoke the trust; (2) the sale does not result in any change to the beneficial ownership of the property; (3) the trust provides that upon revocation the property will revert wholly to the seller; (4) and the only consideration for the sale is the assumption by the trust of an existing loan for which the aircraft being transferred is the sole collateral. Of course, any transactions involving a trust may have federal tax consequences.

In cases where an aircraft is included in the transfer of all or substantially all of the property held or used in the course of the business activities of the transferor, the aircraft will be exempt from California sales and use tax. After the transfer, the real and ultimate ownership must remain substantially similar. Stockholders holding an interest in the corporation are regarded as having the “real and ultimate ownership” of the property of the corporation.

To rebut any presumptions, especially the one identified immediately above, one must provide documentary evidence the aircraft was purchased for use outside of California for the first 12 months of ownership. Evidence can include registrations for outside of California. The important aspect to rebutting any presumption is documentation. Documentation is key to proving your case. Failing to have sufficient documentation can cause the transaction to be taxable.

For the 12 month rule, it is critical to determine the type of flights counting toward the rule and those flights not counting. Common carriers are a part of this analysis. The types of flights not counting are “ferrying flights,” that is, flights used to bring the aircraft to or from a repair facility, as mentioned previously. Other flights not counting for “common carrier” purposes are student instruction/training; aerial photography or surveying; powerline and pipeline patrol; repositioning fallen lumber; flights carrying individuals for parachute jumps or air drops; and search and rescue flights. California, however, does provide a list of flights that do qualify. These flights include transporting people or property from one point to another, sightseeing flights regardless of whether the starting and ending point are the same, helicopter flights to move large equipment, and flights transporting injured individuals to medical facilities. Remember, you must have documentation to prove the flight qualifies. The type of information that may be helpful in demonstrating the flight qualified would be flight logs, passenger manifests, or sales receipts/invoices.

Most individuals will focus only on whether the repairs to an aircraft are taxable. While that is certainly an important consideration, an equal amount (if not more) of attention should be placed as to whether brining the aircraft into the state will trigger any tax consequences on the aircraft. Aircraft brought into California exclusively for repair, retrofit, or modification are not subject to California sales or use tax, generally. The aircraft must be placed with a repair facility certified by the FAA or a manufacturer’s maintenance facility.

The maintenance, repair, overhaul, or improvement of an aircraft in compliance with FAA requirements is exempt from sales and use tax. The exemption applies to parts and labor. To qualify, the aircraft must be used by a person operating the aircraft as a common carrier, a foreign government using an aircraft outside of California, or a nonresident of California who only uses the aircraft in California to remove the aircraft from California after the repairs are complete. This exemption applies to parts stored in inventory but will later be used in accordance with the exemption; however, if the part stored in inventory is not used for an exempt purpose, then tax is owed at the time the part is removed from inventory.

An “Aircraft or Aircraft Parts Exemption Certificate” must be executed in support of the exemption. Otherwise

In conclusion, aircraft sales and use tax issues turn every general rule on its head. Knowing the rules can help to carefully plan the acquisition or use of an aircraft to mitigate California sales and use tax exposure. A failure to understand the rules can lead to an immense amount of heartache only discovered after an initial contact during an audit.

About the author: David Brennan is an associate attorney with Moffa, Sutton, & Donnini, P.A. His primary practice area is multistate tax controversy. David received a B.S. in Accounting and Finance, with a minor in Computer Science, from Florida State University. He worked as an accountant for a CPA firm before attending law school at Regent University. He received his Juris Doctor in 2013 and was licensed to practice law in Florida in the same year. In 2015, David earned his Masters of Laws in Taxation from Boston University. David worked for the Florida Department of Revenue as a Senior Attorney before entering private practice. You can read his BIO HERE. David may be contacted via his direct line of 850-250-3830 or by email at DavidBrennan@FloridaSalesTax.com.