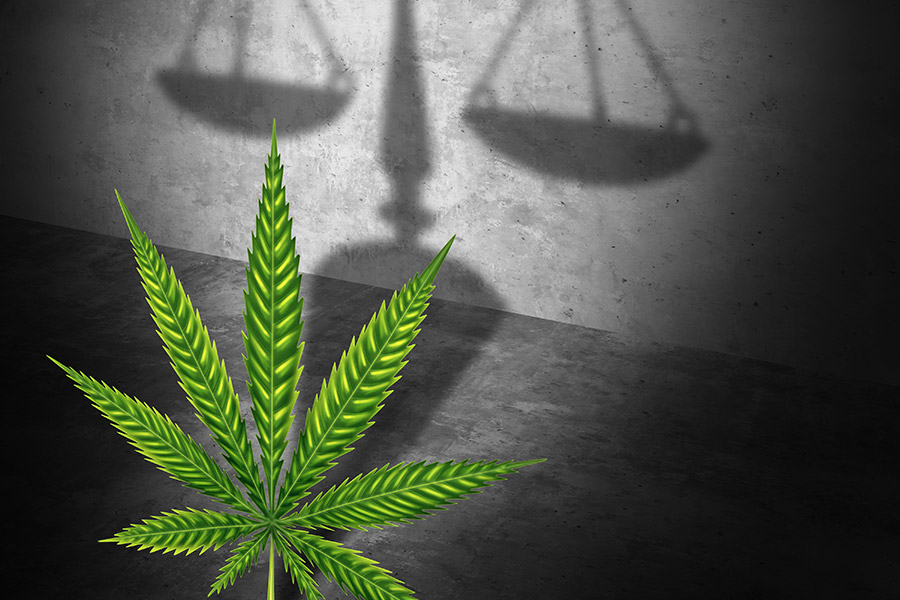 The cannabis industry laws are extremely volatile, which is mainly a result of it being a new industry, creating a trial and error type of lawmaking process. However, the ever-changing laws of the industry are also driven by the many competing interests on the legality of cannabis both at the federal and state level. As a result, it is imperative for cannabusinesses to stay informed on regulations in order to remain compliant at both the federal and state levels, since a lack of compliance typically results in extremely severe whiplash.

At the federal level, cannabusinesses have little to no tax breaks as the current Internal Revenue Code (“IRC”) stands. Pursuant to IRC §280E forbids cannabusinesses from deducting ordinary and necessary business expenses from gross income associated with the “trafficking” of Schedule I or II substances. These are expenses that are deductible to other businesses under IRC § 162. The IRS has taken the position that IRC § 280E applies to cannabusinesses that are legal at the state level, as cannabis is a Schedule I substance. IRC § 280E affects all businesses that engage in the cultivation, sale, or processing of cannabis regardless of state law.

However, with proper planning, there are still several ways cannabusinesses can reduce their tax liability.  First, there is the option to open two separate businesses and operate only what is directly related to the “trafficking” of cannabis under one business, allowing the secondary business to deduct the ordinary and necessary business expenses. Further, there have been a couple of United States Tax Court decisions that allowed deductions for medical marijuana dispensaries if they separated the caregiving part of the business from the sale of marijuana. In these cases, the Court allocated the expenses between the two businesses, which lead to a commonly used strategy today of allocating expenses among dispensary use and caregiving services.  In states where recreational marijuana is legal, those businesses may do the same by operating other businesses, such as a clothing, restaurant, or coffee shop from the same location akin to the caregiving services. Therefore, cannabusinesses may still deduct ordinary and necessary business expenses that are not directly related to selling cannabis products.

Although IRC § 280E denies all deductions from gross income in computing taxable income, cannabusinesses can still deduct cost of goods sold (“COGS”) when computing net income. Additionally, cannabusinesses pursuant to IRC § 263A may deduct costs associated with the production of a product. This is a particular focal point for cannabusinesses to take advantage of in aggregating any and all costs associated with the production of cannabis as a COGS. This is a hurdle as it takes planning in advance, however, the pay off in reduction of tax liability is worth the cost of the planning. It is extremely important implement any necessary planning while also remaining in compliance with federal tax laws.

Another option that may be available to cannabusinesses is to purchase the real property where the business operates under a separate business entity. Then, the cannabusiness can pay a higher rent and ultimately be putting money back into its own pocket. In setting up such a scenario, it is important to keep in mind that the rent charged should still be reasonable. Additionally, beware that on the state level, commercial rent is subject to sales tax in some states, such as, Florida.

Without proper planning, the effect of § 280E creates a vast difference in the tax liabilities of ordinary businesses vs. cannabis businesses.  Take a look at the following scenario: a business has $1 million in gross sales, $500,000 in COGS, $100,000 in salaries, $75,000 in rent, and $100,000 in other marketing and administrative expenses for a given year. The result for an ordinary business would be a taxable net income of $225,000.  At an effective corporate tax rate of 21% the business would owe $47,250 in taxes.

On the other hand, in the same scenario, a cannabis business would have to report taxable net income of $500,000, because of the disallowed business expenses pursuant to IRC §280E.  This would result in a tax liability that is double that of an ordinary business at approximately $105,000.

At the federal level, there is some relief on the horizon. Two Senators, Cory Gardner and Elizabeth Warren, recently proposed a bipartisan bill, called Strengthening the Tenth Amendment Through Entrusting States Act (STATES). If passed into law, it would allow states to legalize marijuana within its borders without federal government interference, allowing businesses and individuals compliant with state laws to be shielded from federal prosecutions. This is the Senate’s first-ever bipartisan bill that would serve to give protection for states that legalize cannabis. This bill also proposes to take cannabis off the Schedule I list of controlled substances. Additionally, the bill has a provision allowing for banks to more easily provide loans and other services to cannabusinesses. Trump has also stated that he will “probably” support the bill. States have growingly become more open to legalizing both medical and recreational marijuana, which may push the federal government to jump on the bandwagon.

In conclusion, it is imperative that cannabusinesses work hand in hand with a seasoned tax attorney that both understands the inner workings of the cannabis industry as well as the tax implications. It is evident that cannabusinesses require an unconventional approach when it comes to both tax planning, licensing, and other areas of the law where the federal and state law overlap. Entrepreneurs and others entering into the cannabis business (or those already involved), should consult with a tax professional experienced in the taxation of marijuana businesses in order to maximize the return on investment and avoid any compliance issues at all government levels.